In addition, Egress traffic charges and the need to have running broker instances on the secondary location make cross-region or multicloud replication very expensive. By using Statehub, you can simply move your Kafka cluster and dependent workloads between different locations with no additional complexity, and at a much lower and predictable cost.

This guide walks you through the process of deploying a stateful Kafka cluster on a Kubernetes cluster, using the latest version of the Strimzi operator for simplifying Kafka management, with Statehub as a data service enabling cross-region and multicloud business continuity. So that in the event of a failure of your cluster, or the entire cloud region where it is deployed, you’ll be able to start your Kafka processes, with all of its latest messages, offsets, and topics intact on another cluster at a different location in just a few seconds, and resume your entire operation.

Before you begin, it might be useful to familiarize yourself with Statehub concepts such as Clusters, States, Volumes, and the Default State.

The following is necessary to use Statehub with your Kubernetes clusters:

2. A UNIX-compatible command-line interface (Linux or Mac terminal, WSL or CygWin for Windows)

3. The `kubectl` command-line utility to control your clusters

This guide assumes you have two Kubernetes clusters in two distinct cloud locations, similar to the topology below:

Step 1: Set Up the Statehub CLI

Go to Get-Statehub to Download and Install the Statehub CLI

Setting up your Kubernetes clusters to use Statehub requires using the Statehub CLI.
After installation is complete, copy the link to your browser and go to the Statehub login page.

If you don’t already have a Statehub account, you can create one on the Statehub login page.

Once you’ve logged in to your Statehub account, you should be automatically redirected to the tokens page and prompted to create a token for your CLI. Click “Yes” to create a token.
Copy the token to the CLI prompt and press Enter.

Your Statehub CLI installation should now be configured.

Step 2: Register Your Clusters with Statehub

The following command registers the cluster associated with your current context:

To register another cluster, switch to its context, and then run register it:

The response should describe Statehub as the default Storage Class for your cluster, with csi.statehub.io as the data provisioner.

To register another cluster, either switch to the appropriate context and run the above command. You need to register all the clusters between which you want to move your stateful applications.

Once you’ve registered all of your clusters, you should be able to start stateful applications and fail them over between your clusters.

At this point, your topology will be as follows:

NEED SOME ASSISTANCE? WE’D LOVE TO HELP OUT!

Create the kafka namespace for the Strimzi Cluster Operator:

Modify the files to reference the namespace in which the operator is installed (in our case: kafka)

Create another namespace on which your Kafka cluster will be deployed

Deploy the operator, CRDs, and role-bindings, granting the operator its needed permissions:
(update the namespaces according to your configuration)

Step 4: Create and Deploy the Kafka Cluster and the Kafka Topic

Create and launch a Kafka cluster using the following command:

Wait for the Kafka cluster to be deployed, the process can be observed using the following command:

As soon as Kubernetes tries to create a PVC as part of the Kafka cluster creation with a Statehub storage class (i.e – default.your-statehub-org-id.statehub.io), Statehub will create a volume on the state corresponding to the storage class, replicated between all of the locations the state spans.

Since the owner of the state is the primary cluster, only it is allowed to access the volumes, and create new volumes on the state.

You now have a running Kafka cluster with a Kafka topic ready for producers and consumers messages and events
Your topology will be as follows:

NEED SOME ASSISTANCE? WE’D LOVE TO HELP OUT!

In this part, failing over between regions/cloud providers is demonstrated.

To demonstrate a failover to another location without data loss:

Run a Producer and Simulate Messages Within a Kafka Topic

Following steps 1-4 of this guide, you have a running Kafka cluster with a Kafka topic.

Inside the command prompt of the producer, invoke messages as you please.

Now you can delete the Kafka cluster resources and the Strimzi operator from the main location, you can do that using the following commands:

Start Your Application on the Other Cluster:

Once you have a running Kafka cluster and Kafka topic in the new location, you need to launch a consumer to digest the messages made by the producer at the primary location before failover.

You are now able to pull messages made by the producer at the primary location before the failover, with the consumer pod launched in the new location cluster.

While failures might happen anytime, there is a simple solution for preventing data loss and managing stateful data and applications, using Statehub’s features.
In this guide, we went through the steps of deploying Apache Kafka cluster managed by the Strimzi operator on Kubernetes, with cross-region or multicloud business continuity using Statehub, giving you the freedom of running stateful Kafka clusters without worrying about data loss in a case of a failure.

As always, feel free to ping us with any questions at support@statehub.io or book a demo with us. 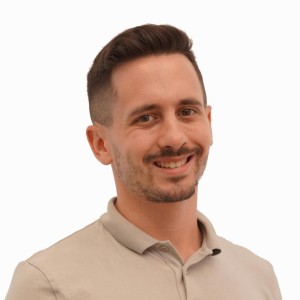 DevOps Lead 12 Articles Uri is a seasoned DevOps engineer and an advocate of the “Run Less Software” discipline. Uri’s expertise covers various stacks of applications along with a deep strategic understanding of technology and processes, both in development and production. He is an alumnus of the Israeli military’s elite Center of Computing and Information Systems unit, MAMRAM.

This guide will walk you through the necessary steps to deploy MySQL on Kubernetes with built-in cross-region or multicloud business continuity.

A Guide to Stateful Kubernetes: Federation and Multi-Cluster Explained

Data Resiliency in the Public Cloud

In the world of enterprise IT, there is no word scarier than downtime. When every bit of data counts, minimizing the cost of failures through meeting the recovery time objective (RTO) and recovery point objective (RPO) is becoming a critical KPI for DevOps teams. In this article, we’ll explore the challenges of achieving Zero PRO in the public cloud and possible solutions.